Where do I even start with this one? Ori and the Will of the Wisps is a milestone, a masterpiece for the age—wait, that’s for the ending. Yes, I absolutely loved Ori and the Blind Forest—nope, too far back. Alright, let me just get the inevitable out of the way: The second Ori game is a mystical phenomenon of an experience that emphasizes the best elements of gaming as a medium and how sequels are celebratory steps in the progression of it. Almost every single thing about Will of the Wisps is nigh perfection, and you probably already know that you want to play it or have already reached 100% completion. Thus, here are just my thoughts on a game that I already adore, potentially nitpicky at that, because any negatives are simply minor in the grand scope of it. 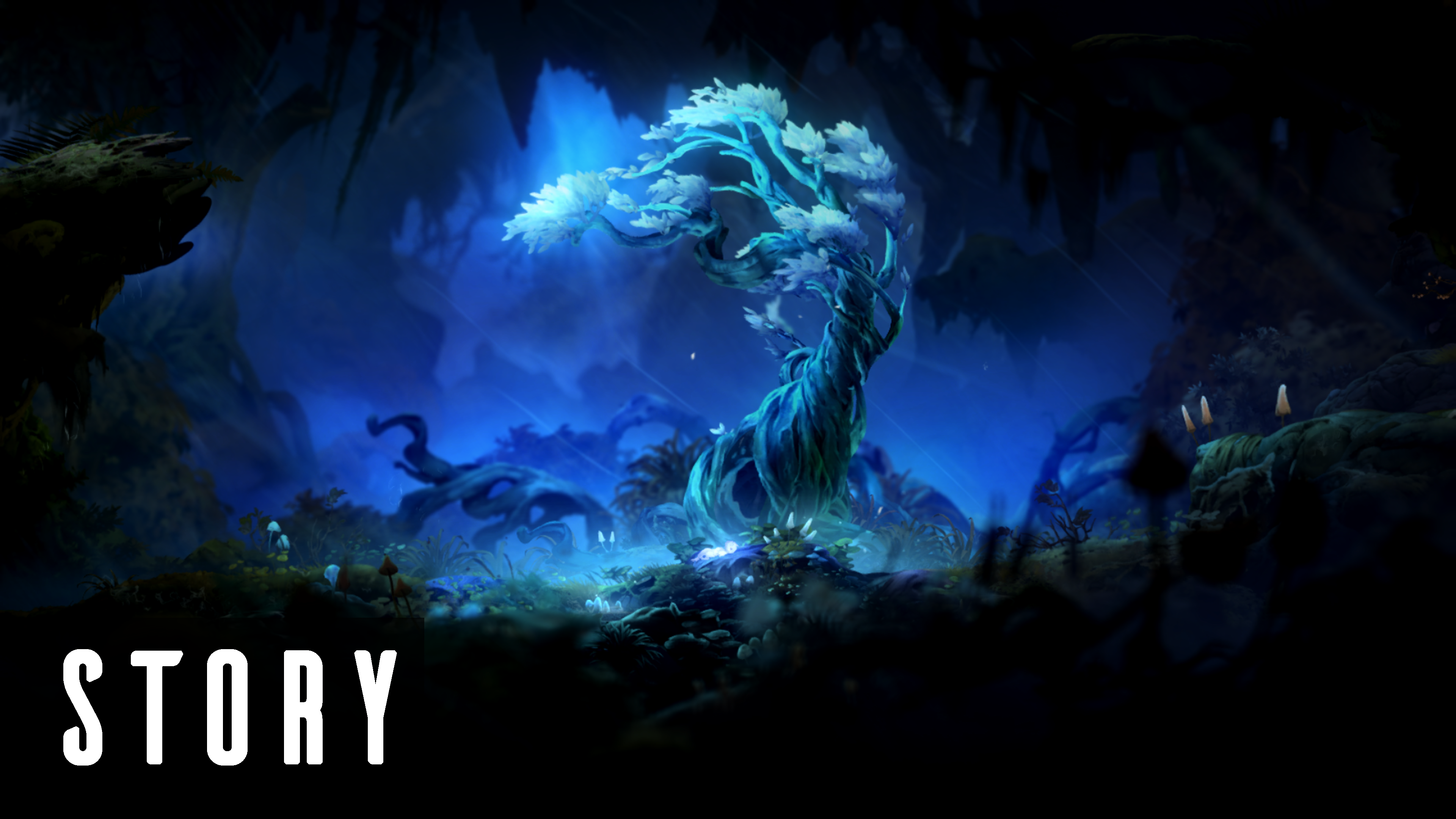 Video game sequels almost always satisfyingly continue an adventure with the same characters but better than before. Will of the Wisps absolutely follows this trend, leading into the game after the events of The Blind Forest. Because of this, and many more reasons, playing the first game prior to this one is essential. It goes without saying, but a sequel on the same generation as the premier game should be played second for the better experience of both.

Like the first game, the story in Ori 2 is expectedly adorable, emotional, and simplistic. And also like the first game, I liked it, even moreso, but it didn’t really resonate with me as much as it seems to want to. I don’t know why that is. I like the characters, the themes, the pacing, it’s all objectively good, it’s just nothing too special in my eyes. Being more familiar with the characters this time around did help make it more impactful however. Without getting into spoilers, I did have some issues with later plot development, but I was ultimately really happy with how well it wrapped up in the ending.

I know people really love the Ori story, so if you’re banging your hand against a desk right now saying, “No! This cannot be! My three 100% completion save files replaced my need for food and water years ago,” that’s what makes fundamentally subjective opinion-based reviews so fun!

That being said, a big story-related surprise for me was the worldbuilding and characters beyond the main plot. The sequel amped up everything in the world and added a load of characters that I found to be extremely endearing, especially the Moki creatures scattered throughout the world. Some of the details in the quests had me getting more emotional than the main storyline, so it was an extremely welcomed improvement to the game that made it feel more alive and dense. There’s also an increase in environmental storytelling, which is a pretty common sight in games these days, but when combined with the level design and art direction, minor details add up to create an atmosphere that visually exudes emotion. Every area perfectly captures the motif that the developers intended and invokes the exact feeling that is meant for the player.

Ori and the Blind Forest is a landmark in ‘game feel’ for indie platformers, rivaling the same tier of enjoyable movement as Celeste. But a major hindrance for it was the basic combat that was heavily carried by the bash move. Will of the Wisps, of course, improves this. An entirely revamped combat system is at play with full Ori-styled weapons: A sword, bow, grapple, spear, ninja stars, and so much more. Any game with a good bow gets an A+ in my book, but the entire toolset with the well-designed sword at the core makes for an extremely competent and enjoyable combat system. The sword alone continues the feeling of fluidity in Ori’s movement and when every move is gained throughout the course of the game, every element is combined to create platformer combat perfection that can even be molded to fit many playstyles.

The highest praise I can give to to gameplay in Ori is that it is as fun to play as it looks in the trailers. Just like in the premier game, everything looks so beautifully fluid and neatly animated, but still controls with tight precision, even with the increased amount of tools to play with. While there is a bit more of a learning curve this time around with more options and buttons, it feels all the more satisfying to master because of it.

The biggest initial impression that Will of the Wisps lets off is how utterly genius the level design is. It deploys the tried and true "put the player in an area they can’t escape without the area ability," and every single time the world unravels, as Metroidvanias do, it stays exciting and intriguing to see what’s next. It’s this mastered level design philosophy that prevents Ori from falling into the pitfall of the genre. It is incredibly difficult to get lost because the layout is always guiding the player between each point and never unlocks too much, potentially feeling overwhelming. Once again similar to the first game, the Metroidvania world is explorable, yet still feels linear. It strikes such a perfect balance of traditional platforming challenges and exploration that is even better the second time around.

Another welcomed addition compared to The Blind Forest were the quests introduced alongside the characters. While they don’t do anything crazy and are mostly fetch or search quests, they are appreciated as extra things to do and liven up the world. I really love it when games have a hub-like home area that you can upgrade over time with quests for minor upgrades, so Ori’s addition of such a feature was one of its most delightful surprises.

I hardly got emotional during peak story moments, but Will of the Wisps did manage to make me cry. It wasn’t when characters shared moments of bliss, during a dark spiraling twist, or after uncovering the secrets of the grim world, no, I got the most emotional over how good the game truly is. The best parts of Ori are the chase sequences, intense, sprawling displays of landscape and level design that force quick-thinking and mastery over movement, and many of these moments in the game left me awestruck at how magnificently crafted a game could be. I don’t think I’ve experienced such an intense feeling of amazement at just how fun and great a slice a game could be—music, art, and story all aside. Some of the most excitingly difficult moments of Celeste come to mind, but when you do factor in the masterfully constructed visuals and sounds, Will of the Wisps is able to invoke moments that prove without a shred of doubt that video games are the ultimate, and most impressive, artistic medium.

If there’s any missing note of the gameplay, it’s the current performance, at least on console. On the Xbox One S there was recurring slowdown in the late game and the framerate never managed to stay consistent. I could ignore most of the frame drops, but the biggest annoyance was the amount of time it took to open the map menu and to respawn. In The Blind Forest, both were done instantly, but in Will of the Wisps it could take anywhere from one to five seconds which added up over time. The game also crashed three times in my playthrough which was unfortunate. I don’t usually bring up performance struggles because they usually are minor and get fixed over time, but this came as a surprise because I expected a more polished experience after the delay. Nevertheless, the developers have stated that they are working on a solution, so we can hope console performance is improved over time. 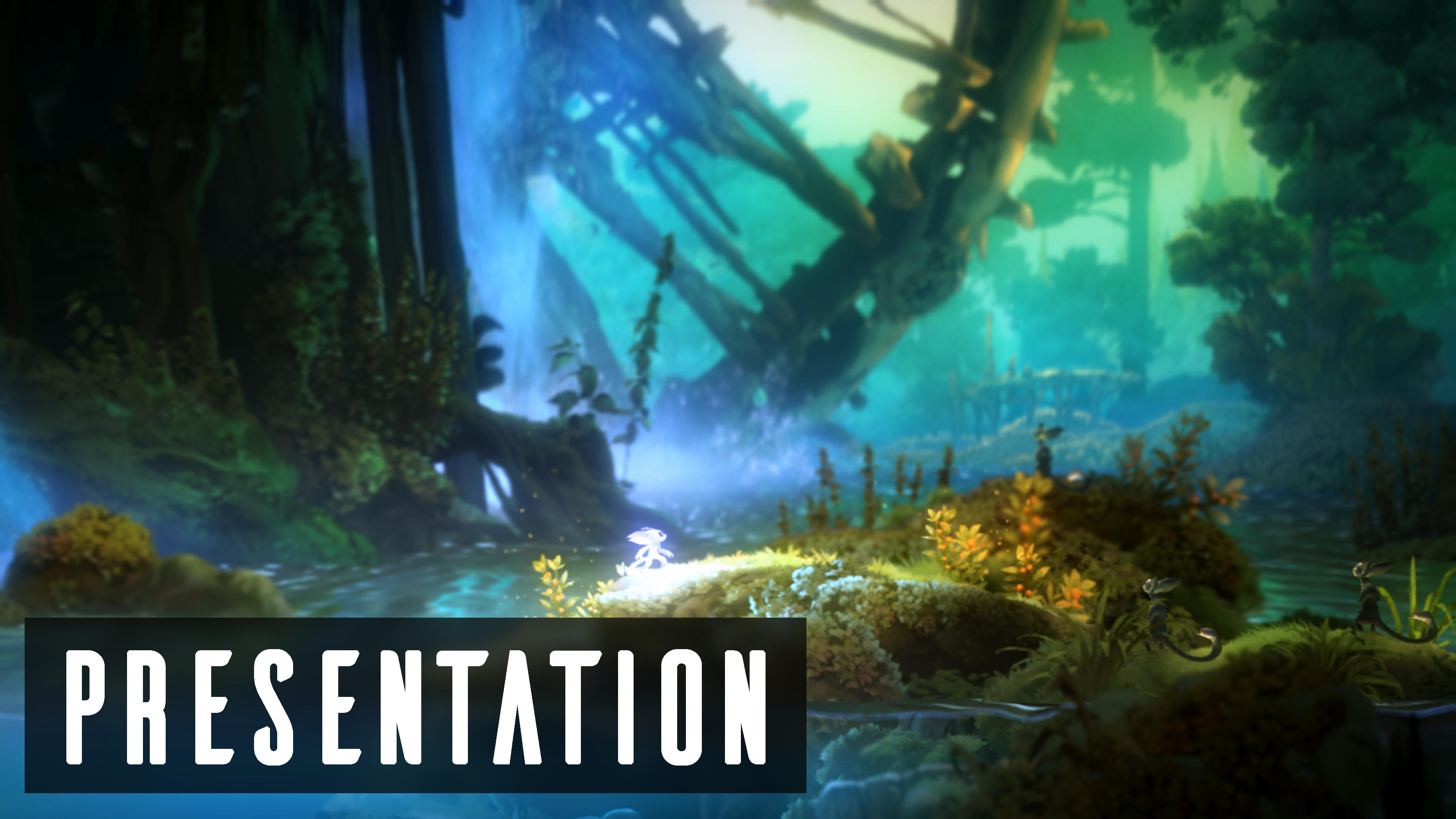 Of course Will of the Wisps is beautiful. It’s gorgeous, it’s awe-inspiring, it’s better than its predecessor. It’s so magnificent that there’s little to say beyond a mindless chorus of praise. Every area blends together to create a seamless world that almost appears 3D, yet each section still feels unique visually and mechanically. There’s no such thing as "perfect" visuals in a video game, but this is perfect.

The music likewise fits perfectly in the game world, and while I didn’t resonate it as much as other games, I can appreciate its orchestration for the beautiful noise that it is. 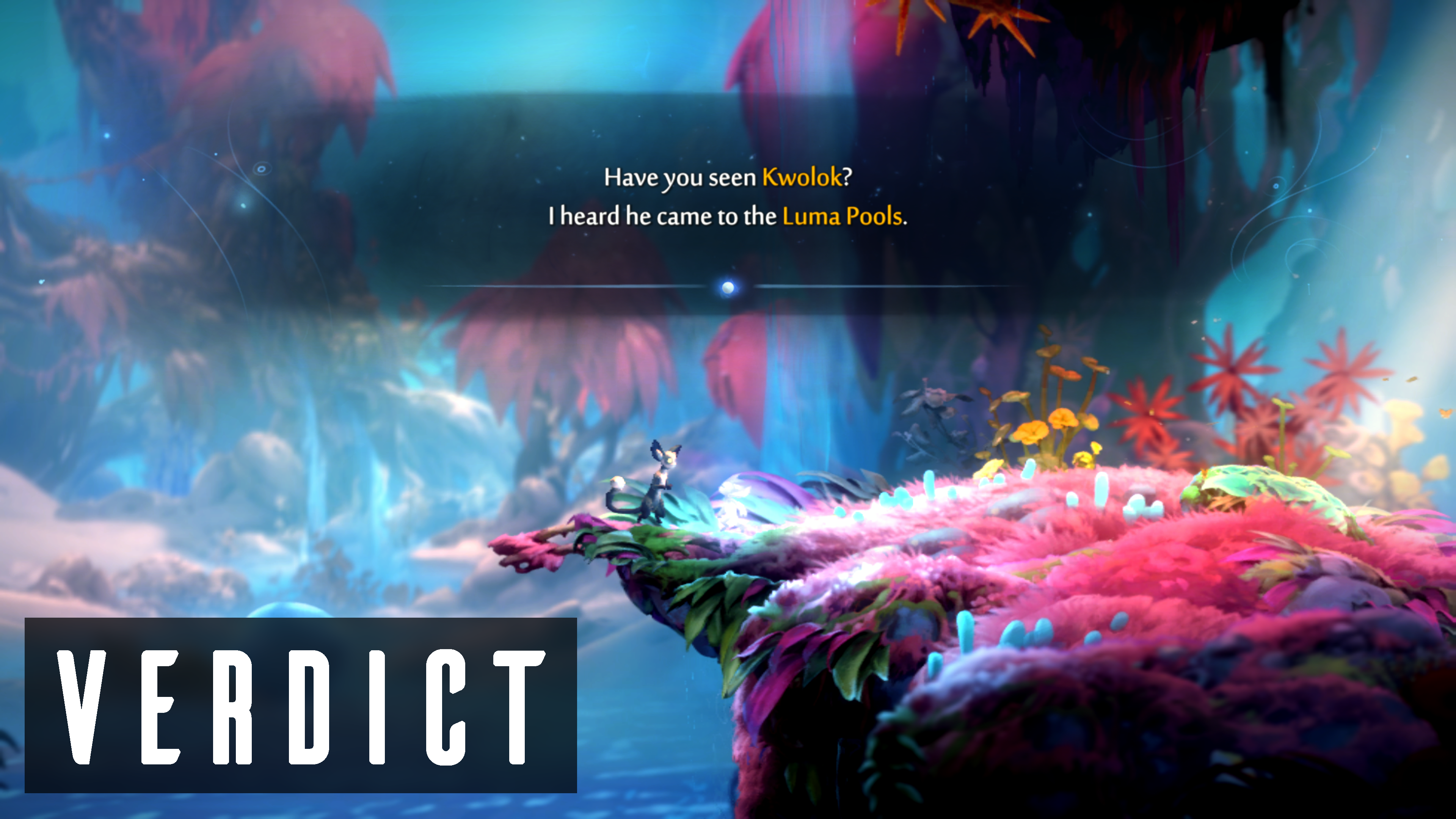 Ori and the Will of the Wisps is, without a doubt, one of the best Metroidvanias ever constructed. If you are a fan of the genre, Ori is essential, and even if you aren't, I think Will of the Wisps could be the perfect place to get started. It is such a joyful blend of visual splendor, fluid and challenging mechanics, flawless level design, and undeniable emotional charge that proves itself as a follow-up to 2015's Ori and the Blind Forest. If you've got fifteen hours to spare and want a tasty treat, this game cannot be overlooked.